euphonic is a five piece Boston based band.

we wrote bios a couple months ago.

first song learned: with or without you (U2)

why i am in euphonic: to be invited to Dougs parties

first concert: the who tommy (the orpheum, boston)

why i am in euphonic: drunken bet 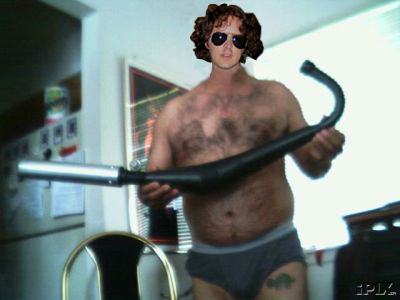 in summer of 1996 answered ad in the phoenix requesting a male frontman of amazing capabilities. i ,of course, fit the bill. worked with three songs until we met B and then everything gelled. came from a ct band called grieving thieves (and sometimes diesel booth). can also do that thing with your tounge where you make a fold in it.

why i am in euphonic: because our first postcard for a show talked about a colonic and i knew it was the band for me.

why i am in euphonic: no more questions.

why i am in euphonic: impossible to justify enormous gear expenditure for "hobby"